Matt Poole is a new member of the Orange Aero Club, but he's had a long career in aviation. A Senior First Officer with Cathay Pacific, he volunteered to talk to club members & guests about life as a long haul airline pilot, and the steps he took in reaching his current position. 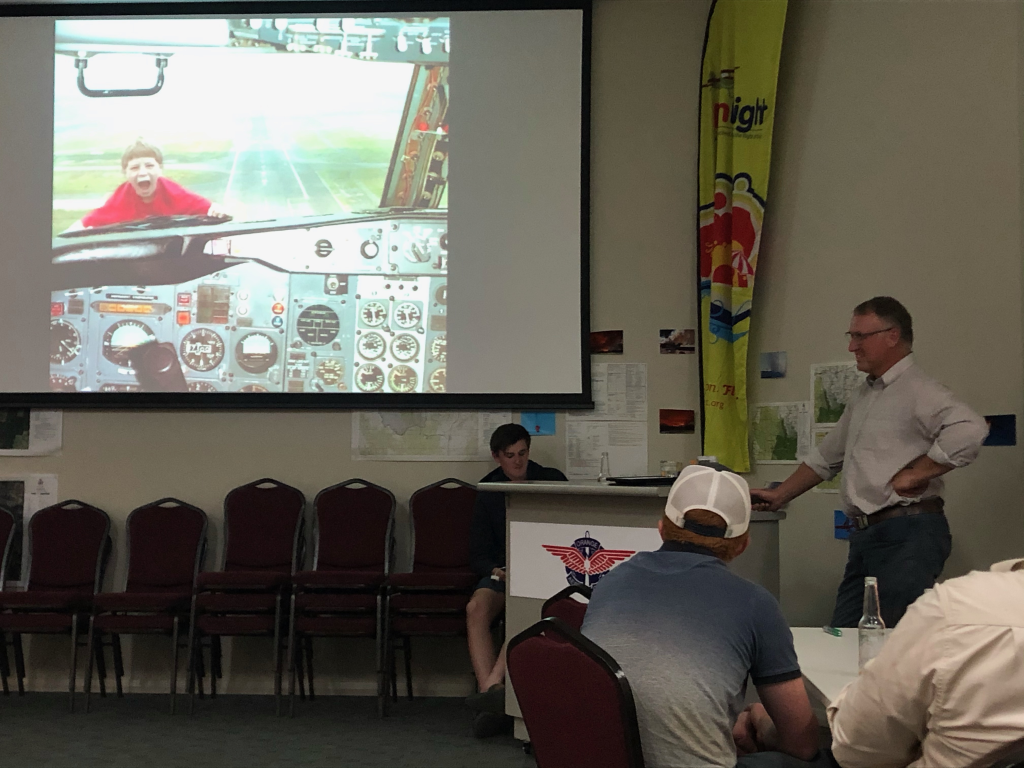 Like many pilots, Matt has been a victim of Corona Virus this year, and is currently not flying, but hopes that his enforced lay-off will soon be coming to an end.

Matt's path to an airline career was pretty much the "standard" one. His dad had a C182 when he was growing up, so flying was in the blood! He learned to fly at Moorabbin in Victoria, then became an instructor, before taking a job flying tourists in the Gordon River area of Tasmania.

He also spent a period flying mail runs out of Adelaide SA in an Aero Commander - same type as GAM uses on the freight runs here at Orange.

In his early years with regional airlines, he flew with Hazelton and Kendall, before cracking the job with Cathay Pacific, based in Hong Kong, and flying Airbus A340 and A350 variants. He's been with Cathay for around 30 years now.

In his early days, Matt's family also had a Piper Cub, which Matt still flies here in Orange, hangared with the Citation Jet in the Pybar hangar.

A big thanks to Matt for his contribution to the club, and to committee member Adam White for doing all the footwork! Much enjoyed and appreciated by those who attended.