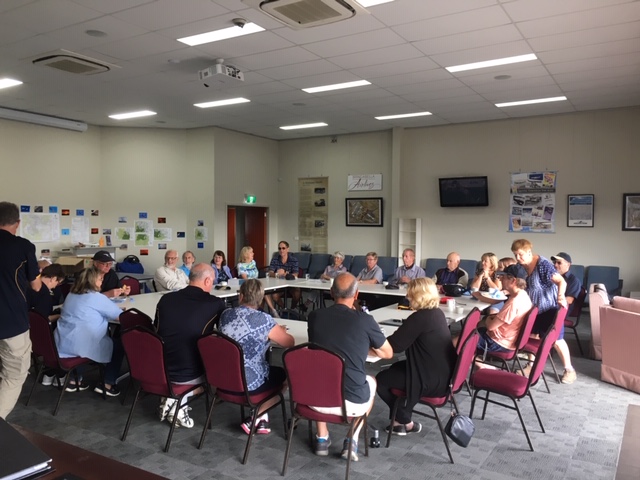 Around two dozen visitors from the Airtourer Association visited Orange this weekend (22-25 March 2019) and were met by committee members as they arrived on Friday afternoon. The club was buzzing with activity, especially since commercial flights were delayed due to Sydney storms, and many passengers chose to while away their waiting time in the aero club.

Most of the visitors stayed at Millthorpe, and spent Saturday exploring the village and surroundings, before returning to the club Sunday morning for breakfast.

The club provided bacon & egg rolls, with a sausage, and garnished with sun-dried tomato and smashed avocado with tea & coffee - all very Eastern Suburbs and well received by the visitors! Following the breakfast the Association held their AGM in the club, finishing up around midday.

As is often the case, weather forecasts caused plans to be revised, and some aircraft returned to their home base rather than take the intended bus tour of Orange and surrounding area. Others elected to spend additional time in the city and delay their return home for a day or more.