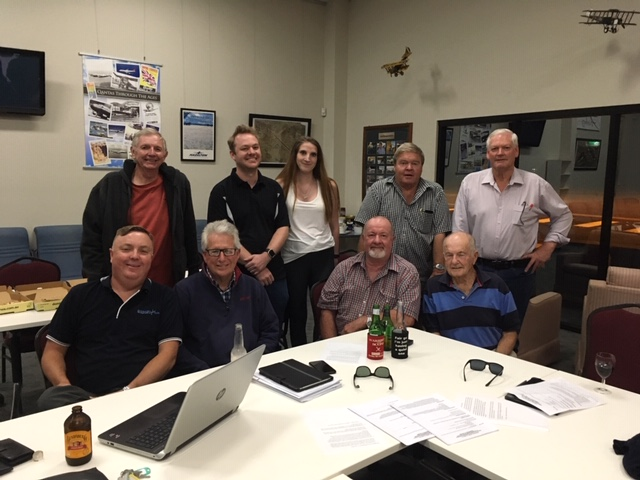 The club's Rules of Association provide that a Committee of Management be elected each year at an Annual General Meeting. The 2019 AGM was held on 15 September 2019 at noon at the Club House, followed by a BBQ lunch, with around fifteen members in attendance.

The meeting resulted in a new Committee of Management for the 2019/2020 year: most of the 2018/2019 committee were returned, but we welcome two new members in Adam White and Tom Capell, both of whom are Full (Pilot) Members.

The committee's main responsibility is the operation of the club's affairs, and must report annually to ASIC. An executive of President, Vice President, Secretary and Treasurer is supported by several other club members acting as committee members. Local CASA Designated Medical Examiners are ex-officio members of the committee.

The 2019 Annual General Meeting resulted in the following office bearers being elected: