Aero club newsletters took various forms, and were published with varying regularity. Initially, they were photocopied and mailed out to members, but as more & more members acquired email facilities, this became the preferred method of distribution.

Below are some sample headers - click on the header to download the complete newsletter as a PDF. 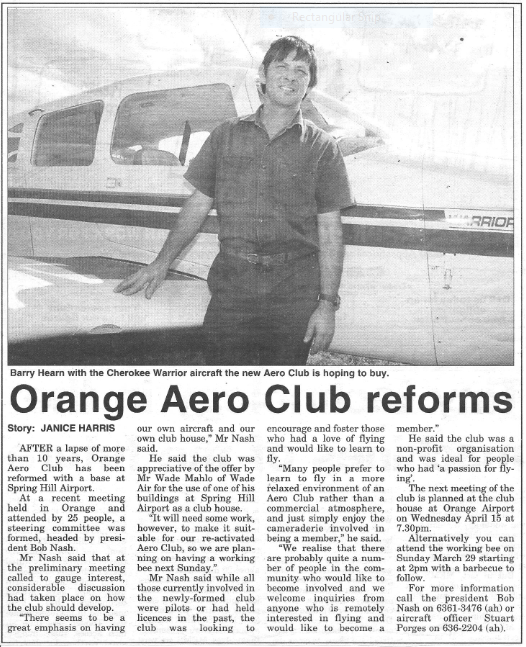 As mentioned under "History" on the public pages, the present generation of the club was the result of a public meeting at the Victoria Hotel in Orange on Tuesday 17 March 1998, which elected a steering committee to re-establish the Orange Aero Club.

Over the ensuing few months, a lot of work went on behind the scenes. Wade Mahlo of WadeAir very kindly made one of his buildings available for use by the club, but it required some work to make the club house presentable and functional. A working bee was held on Sunday 29 March to do just that, and while there's no record of those attending, a great deal was accomplished.

One of the early considerations was acquiring a club aircraft, and one of the possibilities being looked at was a Piper Warrior, pictured at right, although this didn't eventuate.

The steering committee presented their report to a meeting held at the Orange Botanic Gardens on Wednesday 10 June 1998, at which the first Committee of Management was elected. The principal Executives were Bob Nash as President, Peter Grey as Secretary and Gavin Cook as Treasurer.

During the subsequent months the first three rounds of the flying competition were held, and discussions progressed towards the purchase of a club plane, and the raising of the necessary funds to achieve this.

The next meeting of which records are held was a Committee Meeting at Orange City Council Chambers on Thursday 5 November 1998, which approved the purchase of Cessna 172F VH-ARK, then subsequently another committee meeting, this time at the club house, on 19 November 1998.

The club has some records from the early days of the re-forming of Orange Aero Club. These include minutes of meetings, newspaper clippings and copies of early newsletters. A selection of these are reproduced in the pages linked below, where links to others articles of interest can be found. These records are only available to financial members with a registered access code.

Order Form - All Fields are Mandatory
NOTE: When ordering multiple items embroidered with different names,
you need to submit a separate order for each name. 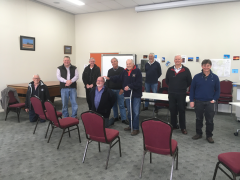 The club's Rules of Association provide that a Committee of Management be elected each year at an Annual General Meeting. The 2021 AGM was held on 5 March 2022 at 1130 am at the Club House, having been deferred due to Covid restrictions. There were thirteen members in attendance. 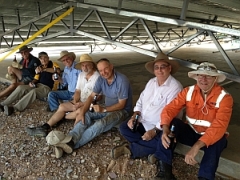 We're Anyone and Everyone!

Anyone and everyone who has an interest in aviation. It doesn't matter whether you're a fixed or rotary-wing pilot, or a non-pilot. 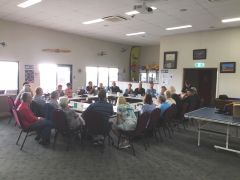 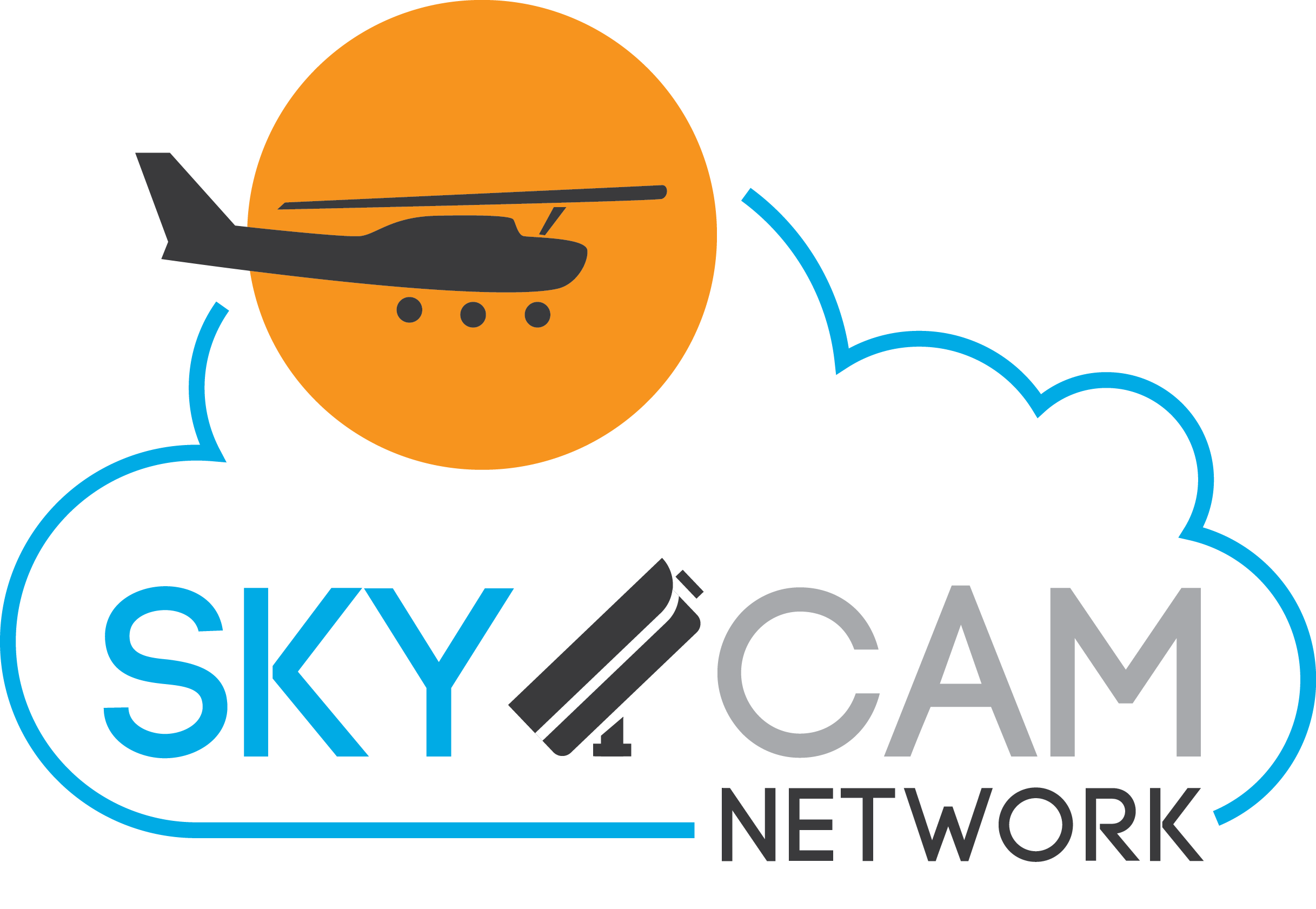 or go directly to your local airport of interest below

Orange Aero Club is located at Orange Airport (YORG) in the Central Tablelands of NSW.

Reaching the airport, take the second gate, signposted "Airport Terminal" and use any of the terminal parking areas.

The club is in the Max Hazelton Aero Centre.